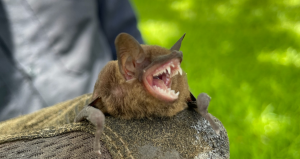 Bats are not as dangerous to humans as their reputation makes people believe. They are incredibly beneficial to the environment because they help control insect populations and other species are great polinators. However, despite their benefits, bats can be a nuisance if they roost in your home or business. Bats can cause structural damage to your house and pose health hazards.

Bats are federally protected, so both the federal government states have laws to protect them and ensure they are removed from homes and businesses safely. It is illegal to kill or harass bats, and it’s important to contact wildlife removal professionals to evacuate bats if they inhabit your home. Removing bats on your own can be dangerous and pose health risks, but a professional can remove bats safely and legally.

We created this guide with common bat FAQs to help you understand more about bat infestations.

When Do Bats Migrate Through the Area?

Bat migration varies between species, so different types of bats migrate through Texas and Louisiana at different times of the year. Some species will over winter in southern states. Various bat species have the following migration patterns:

Where Do Bats Roost in Homes?

Bats tend to roost in dark, secluded spaces that shelter them from inclement weather and potential predators. Outside, bats often roost in caves, trees, barns, rock ledges or under bridges. In houses and commercial properties, bat roosting sites are typically in high spaces such as chimneys, along eaves, and i attics.

Bats often enter homes under eaves, near chimney flashing, through gable and roof vents, and they can travel through pipes and walls. A bat can fit through a hole as narrow as 5/8 inch. 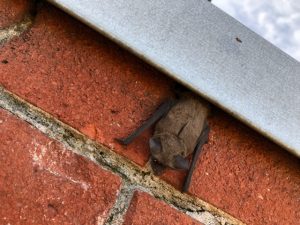 When Do Bats Reproduce?

Bats mate in the spring and give birth in early summer. Installing bat doors — exclusion devices that prevent bats from returning — may be illegal during the summer months (laws vary by state)  because they can lock mother bats out, preventing them from providing food for their babies. Between June and August, the babies rely on their mothers for survival, so it’s important to ensure the mother bats can access their babies.

Since bats are a protected species, safeguarding them during their most vulnerable time of the year is important. The best season to evict bats is in the spring because bats frequently fly around at night and don’t fully settle until June.

Bats hibernate in the winter to shelter themselves from the elements and maintain access to a food supply. Some species migrate during the winter while some hibernate and others do both. Some bat species, such as the brown bat can hibernate for over six months until insects reemerge in the spring.

Problems They Can Cause

Bats do not chew through wires and wood, but bat activity can damage homes. When bats defecate, they can damage your home’s structure. Bat guano contains corrosive uric acid, and high amounts of this acid can erode clay and metal structures. It also contains compounds and minerals that can damage wood, stone and concrete, causing cracks and splits that can lead to significant structural damage.

Bat guano can also fill your home with a pungent odor if a bat colony inhabits your attic or chimney. Additionally, bat guano can stain, so you may need to re-paint affected surfaces if you experience a bat problem. It is toxic to humans, and large amounts of it can grow harmful microorganisms such as Histoplasma capsulatum.

Inhaling spores from dried bat guano can cause a lung disease known as histoplasmosis, which causes symptoms including fever, cough, weakness, chest pain and headache. Bats can also carry rabies, and their bites can be harmful. Although bats are not known to attack humans, trying to move bats on your own is dangerous. A bite from a bat can lead to a bacterial infection or rabies, so hiring a wildlife professional to evict bats is important.

If a bat dies in your home, the odor can become overwhelming. A dead bat can attract insects, potentially leading to even more complex issues in your home. Removing live or dead bats from your home yourself is a health hazard, so make sure to contact a professional if you suspect the presence of bats.

How Can I Prevent Bats From Entering My Home?

You can take some measures to prevent bats from inhabiting your home. Since bats can easily enter homes through small holes and cracks, it’s important to inspect your home’s exterior for any small crevices. Sealing openings can eliminate access points and prevent bats from entering.

Signs You May Have a Bat Problem

Bats are nocturnal and can be fairly quiet, so they often go undetected in homes. You may hear flapping, scratching sounds or small squeaks coming from your attic, chimney or walls at night if bats become frightened by a loud noise or temporarily leave the house to feed. However, it is unlikely to hear them during the day.

A pungent odor is one of the most common signs of a bat problem. Since bat guano gives off a strong odor, it can start to become noticeable as it accumulates in your home. If you notice a foul odor in your home, you may find bat guano in your attic or chimney. It resembles mouse droppings but is slightly larger and is often shiny as it may contains the wings of insects it has consumed.

Noticeable entry points can also indicate you may have a bat problem. If your home’s exterior has cracks or holes, you can check for grease marks indicating a small animal used it to enter the house.

Bats are a protected species and important to the environment, so protecting them is important. However, they can pose health risks and damage your home’s structure if they make their way into your attic or chimney. Removing bats on your own is dangerous, and killing them is illegal. Hiring wildlife removal experts to evict bats from your home is essential to ensure the bats are removed safely and legally.

Urban Jungle Wildlife Removal offers bat removal and exclusion services to evict bats from your home, repair damage and prevent further infestation. Our experienced professionals are trained to handle wildlife and seal homes to safeguard them against re-entry.

Contact Urban Jungle Wildlife Removal to learn how we can remove and exclude animals from your house for a safe, clean home.